Brief Summary: The goal of the game is for students to get their classmates to guess particular vocabulary words or phrases (the “Target Word”) without using a set of closely-related words (the “Taboo Words”). Students take turns giving clues to their team or the rest of the class. When another student guesses the “Target Word”, the clue giver moves on to the next word. Each student should have between one and two minutes to give clues for four to five “Target Words”, depending on the length of the lesson.

Teaching Questions Addressed: How do students learn critical new jargon and grow comfortable using it? How can we push students to describe familiar terms in new and different ways?

Set-Up: To prepare for the game, the teacher should identify a list of “Target Words” (ideally at least 4-5 per student) related to the subject of the clinic and jargon used in the legal fora. (Note: “Target Words” may be phrases or even sentences.”) Using an online template (such as the one at Taboo Cards for ESL conversation classes), the teacher should print and cut out a card for each “Target Word.” At this stage, the cards should only have the vocabulary word listed at the top. 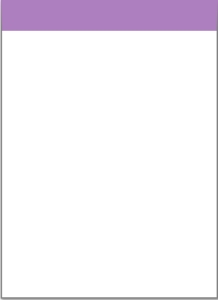 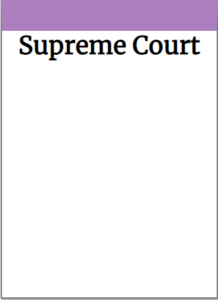 Either prior to the class where the game will be played or during the first 10 minutes of the class, students will create 4-5 cards each. There are advantages to both choices. If students create the cards prior to class, everyone can jump right into the game at the start of class. However, designing the cards at the start of class can create a sense that the class is designing the game together—adding another element of community and fun! The class might also generate the “Taboo Words” for the first “Target Word” together, to ensure each student understands the task.

Once the cards have been completed, the teacher should gather the cards and put them together to build the “Taboo Deck.”

If a clue giver accidentally uses a “Taboo Word” while describing the vocabulary word, the monitor buzzes them (using an electronic buzzer, or just their mouth) and the clue giver must move on to the next word. Each student should get between one and two minutes (depending on time), with the goal of having the class guess four to five words.

If a clue giver is struggling with a particular “Target Word” or doesn’t remember what it means, they may pass. A clue giver may only pass once.

The clue giver’s turn is over when they get the class to guess a set number of words (four or five), or when the designated time (one to two minutes) is up. The clue giver then passes the Taboo Deck to the next student, for whom they’ll also serve as monitor.

A Note on Teams:

The game can be set up in multiple ways, depending on the group dynamics and culture of the class.

One method is to have everyone in the class play only for themselves. This means that everyone is guessing for 100 percent of the words and has the chance to be continuously and actively engaged throughout the game. An inversion of this option is to have everyone guess for the class, with the goal of moving through the pile as quickly as possible. While one student is giving clues, the student to their left or right is monitoring the card to make sure no “Taboo Words” are used. A note: this system can feel isolating for some students, particularly bilingual learners, who may feel they particularly need the support of teammates. If the same words will remain critical to the class throughout the semester, the class could eventually compete against itself: going through the original deck several times during the semester and trying to better the classes time each round.

Another option is to divide the class into teams (generally two, though more teams can work as well). While a student is giving clues, a student from another team is watching the card to make sure no “Taboo Words” are used. Dividing the class into teams allows students to alternate between guessing and observing. Observation time is valuable as it allows students to reflect on the activity, the individual words, and the dynamics of the classroom and game.

Keeping score (either individually or with teams) may motivate some students and may dissuade others from fully engaging. The teacher might record how long it takes each student to get through the designated number of clues (with a prize for the fastest) or give a prize to the student who guessed the most Target Words. However, the teacher should be careful that any competitive dynamic doesn’t detract from the broader educational goals of the game.

If students were not able to generate “Taboo Words” for a “Target Word,” struggled during the game with a particular term, or passed on a “Target Word”, the teacher can go over the definition and use of the word or term at the end of the round. This makes Taboo a particularly helpful feedback mechanism to teachers on what the students have fully learned.

Whether or not teams were used, the teacher might also use the debriefing stage to discuss team dynamics. Did people feel comfortable participating? Were students able to self-monitor their level of engagement throughout the game? Were all voices heard?

Finally, the teacher should highlight that the skills developed in the game will be immensely useful in legal practice. If the class has learned Habit Four, the teacher can connect the concept of Taboo to the Habit Four concept of breaking legal scripts. If not, the teacher can emphasize how important it is to be able to articulate a legal concept in multiple different ways for a variety of potential audiences.

This Taboo game is an extremely efficient way to teach new vocabulary and jargon in the guise of a game. Lessons are built throughout for all participants. The author of each card must understand the term deeply in order to choose what they think are the most closely-related “Taboo Words.” The clue giver for each card must similarly have a deep understanding of the word in order to describe it in a new and potentially unfamiliar way. This brain-stretching exercise has an additional bonus in the clinical legal context: students are forced to describe complicated legal terms in lay language, thereby improving their client communication skills and oral advocacy. The rest of the class must know the terms well enough to identify and re-summon them when given unfamiliar prompts. The teacher, observing, can see what terms the students have internalized and which remain unfamiliar or worse, erroneously understood, and take this moment to correct that. If the forum in which the students will use these terms is strict and judgmental about jargon, the teacher should apply these same standards during the game—e.g. requiring precise matches before the work is considered done. Everyone, regardless of role, learns something new about each term and has its meaning reinforced.

The teacher can also measure the class’ understanding as a whole, correct misunderstandings, or repeat words that need to be reemphasized. The exercise also allows the teacher to judge a students’ readiness for court, where terms may be bandied about quite quickly and where a mistake in language (however small) might remind the listener, opposing counsel, or judge of the advocate’s status as a student.

Students tend to love this Taboo game. It was particularly successful in my children’s law clinic where I used it to prepare students who were getting ready to go to court. In my immigration legal services clinic, where students went to asylum interviews at the end of the semester, the game was less successful because its lessons were not immediately used. However, the game still provided a valuable way for me to evaluate student retention of material and to highlight what I needed to review with them.

My favorite Taboo success story: later during the week of the first time I played the game with clinic students, a clinic team went to court. There, a client’s mother insisted on appearing pro se, pushing the Judge, the Court Services Office and our clinic team to speak using lay language so she could fully understand. Although the clinic students found this intensely difficult (as they were in the process of learning the legal materials themselves), they were extremely aware of and admiring when some professionals particularly excelled at explanation without jargon (the clerk and the mediating probation office). Despite their novice status, they were noticeably better at communicating with the pro se mother than the judge, who found himself caught relying on legal scripts he used multiple times daily (See Habit Four!). The clinic team was later able to recount the importance of these skills to the rest of the class, noting that “the Judge was really bad at Taboo!”